Camping Les Coquelicots
Charente-Maritime (17)
Toutenos, at the ‘Coquelicots’ campsite near La Rochelle (French Atlantic coast)
Toutenos was a brave knight who lived in the poppy castle (poppy is coquelicot in French). Well, when we say ‘lived in’…. he was never there really. He was always busy using his sword to defend the kingdom from its enemies.
He had time left for nothing: no eating, no sleeping, and no fun.
He lost one by one his kilos and his friends…so much so that he became transparent. 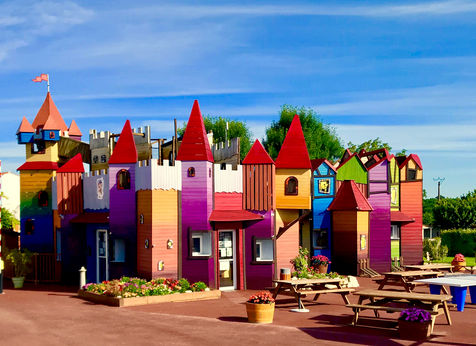